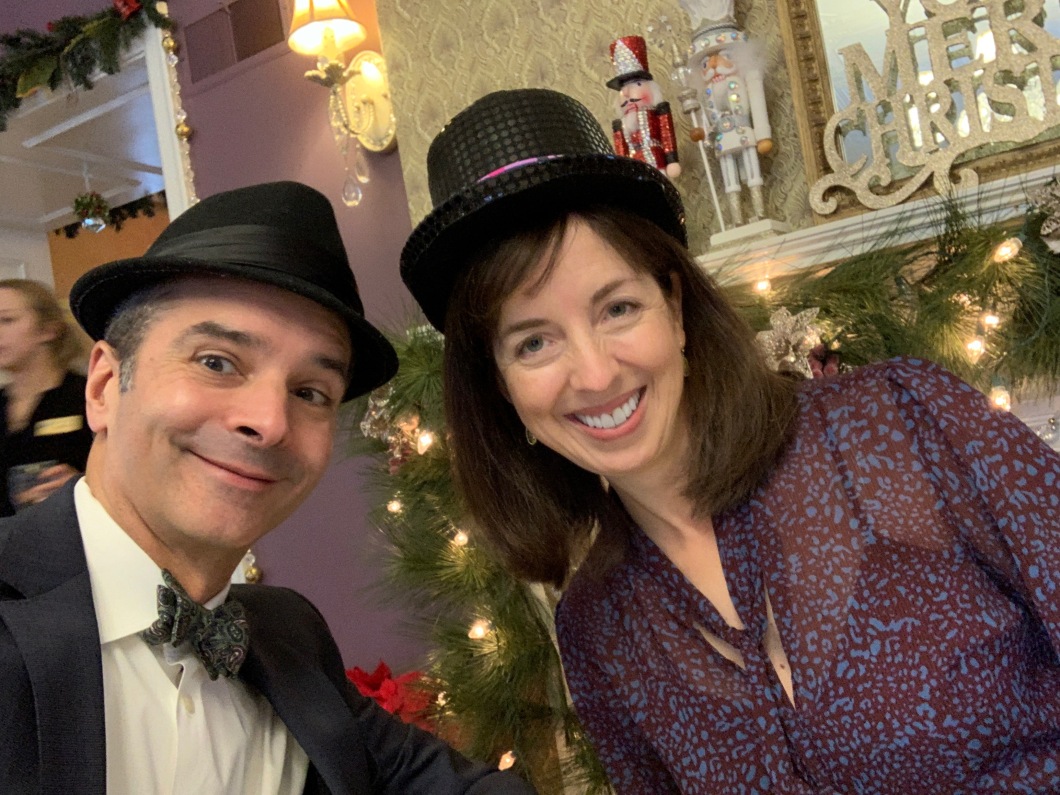 Today is my birthday, and I’m 52 years old. Fifty-two. 52. FIFTY-TWO! I’ve said it four times, so now the women I grew up with are thinking, “Hey, that was Michelle’s favorite number.”

Why talk about such an uninteresting birthday? It’s not a milestone year. It’s nothing, right?

It is something special to me, because it’s Michelle’s favorite number. She was my high school friend and she was obsessed with the number 52. If you had to pick a number, she always picked 52. If your mom made you go to the DMV with her, and you heard them call out the number “52,” you would go home and immediately call Michelle to tell her about it. Michelle always appreciated a story where 52 came up. I remember her even saying it in place of other phrases: “that’s cool” became “52,” but not so often that it was weird. If someone said 52 at school and Michelle wasn’t there, the rest of us girls would look at each other and mouth “Michelle.”

If you don’t know Michelle, you’ve had one in your life. My sophomore year we had every class together. Michelle was that girl who injected fun into every situation. If she was there, we were having a good time. We made fun of teachers, we passed notes with stupid jokes in class. When she made fun of you, it made you laugh, because it was somehow never unkind. She could also make fun of herself, or laugh when you pointed out something silly about her.

Giggling with her is probably the main thing I remember. If she was there, you were probably laughing. If we saw a serious movie together, there would be something absurd she had noticed that we could crack up about afterwards, and for days. I would hear her across the room, and smile at that laugh. It was infectious.

You’d call her a clever girl these days. If she helped you with a paper, she made insightful comments. She was willing to cram vocab words in the five minutes before English class, and maybe we all shared our homework sometimes too, in a pinch. She made funny connections. We called this older boy she had a crush on Mycophyta, because we had just learned in Biology that mycophyta meant–fungi. Get it? Fungi–he was a fun guy?

Michelle was cool too. We didn’t do everything together–she dated cool boys. I was awkward and shy around cool boys. She was even a cheerleader for awhile. She was probably too kind to be in the most popular group, but I can’t think of anyone who didn’t like her.

Michelle wasn’t perfect, of course. Every year she found the Christmas presents her mom had hidden in the closet. She carefully unwrapped and rewrapped them so she would know what she was getting for Christmas! At 15, she took her dad’s car out for a drive before she had her license, just for fun, then lied about it when he noticed it wasn’t put back in the exact same spot. Let’s get real–nobody wants a perfect friend anyway. It’s better to be friends with someone just a little bit scandalous.

Michelle and I went to colleges in different states, and both lived outside of Michigan afterward, so we mainly lost touch after high school. She had one of those travelling business consulting jobs right out of college, and I was in medical school in Minnesota. There were some rare letters and phone calls. If we were both in Michigan for a holiday, we met up. I remember the boyfriend she brought back from a work stint in Portugal.

I talked to her late at night at our 20th high school reunion. We were speaking fondly about everyone there and she slid back the side of her wig to show me that she had lost her hair. She had cancer, was under treatment, was doing well. I was shocked. I was a doctor by then. She looked good. I wouldn’t have guessed. She said, “It’s okay, we can’t all be healthy,” as if when we looked over our whole class, it was okay that she was the one who was sick, because someone had to be. “No,” I said. I didn’t want her to have cancer. “I hope everything goes well with your treatments.” It wasn’t enough, but it was the end of the night, and the workers were turning off lights and shooing us out of the room. My breasts were rock hard and painful, as I needed to get back to my baby girl to nurse. I’d left her at my mom’s house. Michelle and I parted with a hug, and promised to keep in touch, and did a few times. Before I saw her in person again, she was gone.

BUT NOT FORGOTTEN.  I have my little piece of Michelle memories that enrich my life, and I sometimes go on her Facebook page to look at all the love there. Co-workers at happy hour drinking a Captain and Diet in Michelle’s honor ten years later. A dear niece remembering adventures together, with a picture of the two of them suspended in mid-air. I don’t even know what fun thing they are doing in that pic! Loves and family and pennies from heaven. Memories of antics and Taco Bell and her zest for life. A whole world of people I don’t know who still love Michelle too.

If you don’t know our Michelle, you have your own. I hope she’s still alive and meeting you at happy hour. But fifty-two. 52. FIFTY-TWO! Let’s dedicate this year to Michelle as we all turn 52, and dedicate it to our girlfriends who inject fun and laughter into our lives everyday. Celebrate those smart women who remind us to keep adventure in our lives, to be kind, and to enjoy the crazy absurd moments. I won’t mind any new wrinkles on my face this year, because I am blessed to be here and have them. Every glass I raise this year, I raise to you, Michelle. If anyone wants to know how old I am, I’ll proudly tell them. I’m 52! And I’ll wish I could run home and call you from that kitchen phone stuck on the wall of my childhood home.

By the way, when I opened my laptop this morning, the battery level was 52%. Just thought you’d want to know. Cheers!